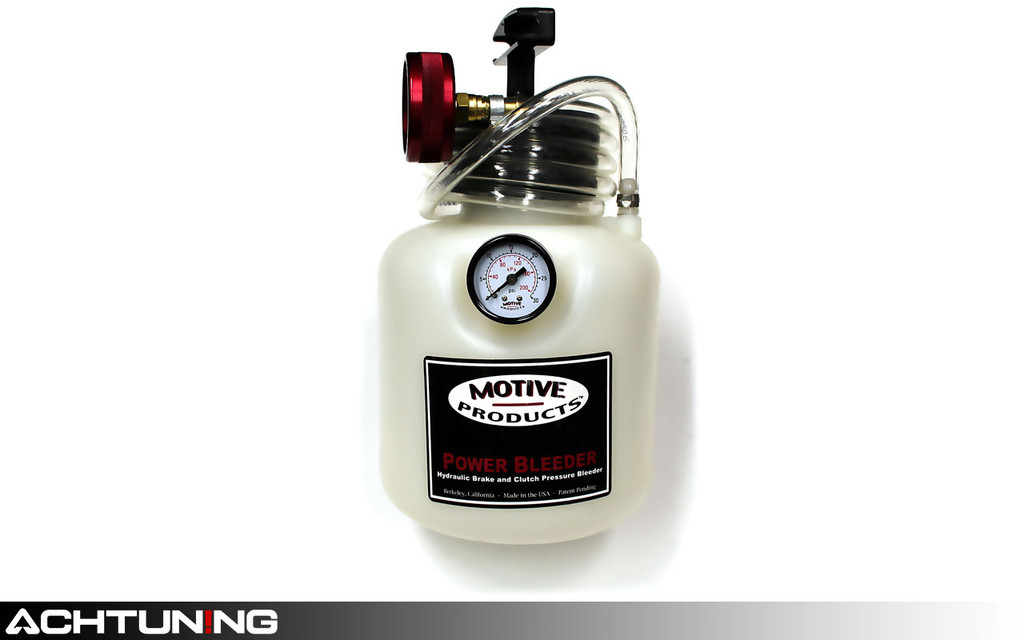 The Motive PB 0109 allows flushing or bleeding of the brake (or hydraulic clutch) system by a single person. The two quart tank holds enough fluid for a complete flush and includes a built in pump and pressure gauge.
Brake fluid is hygroscopic and absorbs water from the atmosphere, lowering its boiling point and causing corrosion. Particulate contamination (microscopic bits of oxidized metals and rubber) hastens wear of moving components. This is why Achtuning recommends fully flushing hydraulic fluid every 24 months on street driven cars and more frequently on cars used on track. In addition, whenever the hydraulic system has been opened (e.g. when a hydraulic system component is changed), the system must be bled of air.

Motive Power Bleeder Manufacturing:
Motive products are produced in the US. The PB0109 features a custom-machined aluminum cap and deluxe swivel fitting. Comes with an extra length of high grade polyurethane tubing that won't cloud or crack with exposure to brake fluid.

Warranty:
Motive Power Bleeders are guaranteed for 1 year from the date of purchase.

Shipping:
Calculated at Checkout, shipping estimates are available from the cart