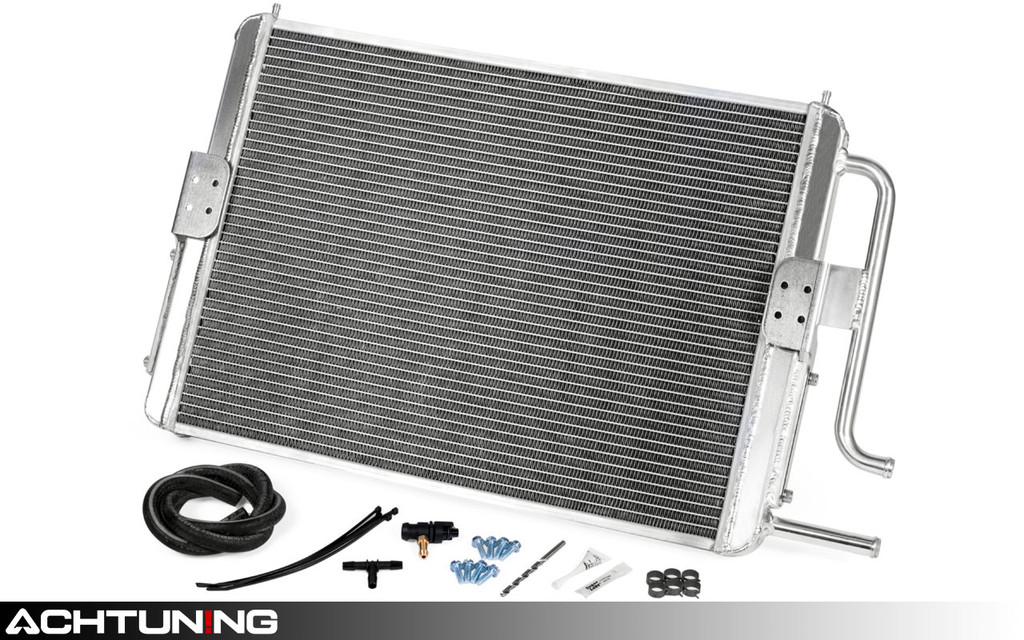 The APR MS100127 Coolant Performance System (CPS) for the Audi 3.0 TFSI and 4.0T TFSI engines increases engine reliability and HP consistency by controlling intake air temperature with a completely re-engineered performance cooling system. The APR CPS is a massive front-mounted heat exchanger that dramatically reduces intake air temperature, minimizes heat soak, and provides increased performance! It is 140% larger than stock and features a self-bleeding cooling circuit to ensure it is always operating at peak performance. The system is easy to maintain and fully integrated into the factory cooling circuit. This upgrade is highly recommended at every stage!

Properly functioning air-to-water intercoolers rely heavily on the temperature of coolant flowing through the system. Increasing the volume of coolant and increasing the surface area of front mounted radiators significantly reduces coolant temperature. With an increased volume of coolant, coolant takes longer to warm and with an increased surface area, coolant temperature is reduced at a more rapid rate. The APR Heat Exchanger towers over the 5.5 inch tall OEM unit and stands over 17 inches tall in comparison. This massive increase in size results in 140% increase in coolant capacity!

Using the APR CPS system, horsepower remained consistent for the first four back-to-back dyno pulls. By the fifth back-to-back pull, horsepower dropped slightly when the IAT protection threshold was crossed. The IAT threshold triggers a bypass of boost pressure to cool off the system and protect the engine.

The factory heat exchanger did not fare well. Horsepower losses began on the very first pull and the IAT threshold was crossed by the end of the first dyno pull. This trend continued dramatically, resulting in massive power losses to protect the engine from excessive intake air temperature. The factory cooling system simply did not stand a chance. On the 6th run peak horsepower dropped to as low as 260 AWHP, whereas the APR cooling system retained over 400 AWHP, even after the sixth consecutive back-to-back pull!

Warranty:
APR products are warranted to be free from defects in the materials and workmanship prior to installation. This warranty does not cover labor, misuse, faulty installation, failure of related parts or parts purchased other than from APR, LLC. This warranty extends to the original purchaser for as long as they own the APR product and the vehicle.