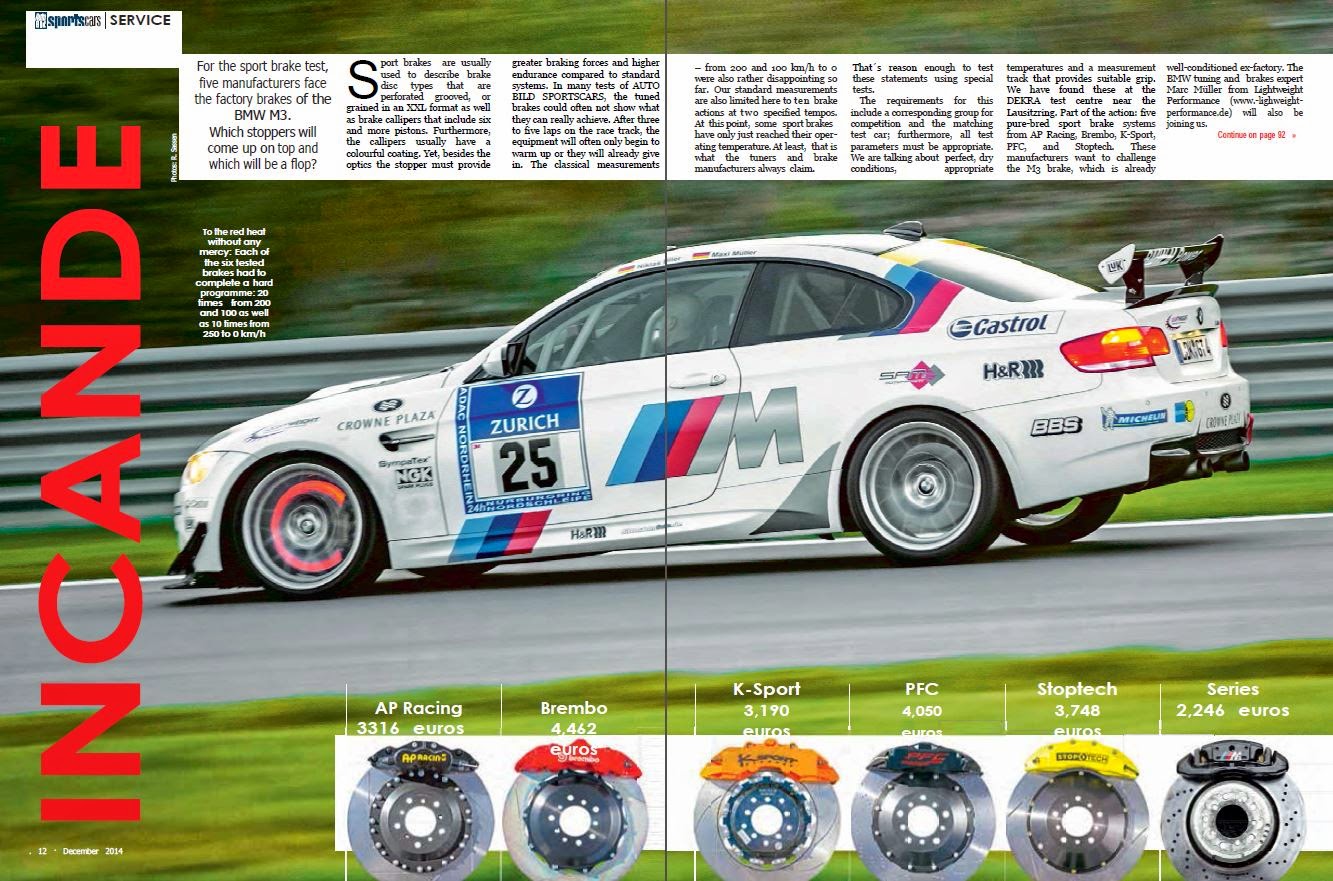 In the December 2014 issue of AutoBild Magazine, the editors rounded up several big brake kits from some of the biggest names in aftermarket braking - Brembo, AP Racing, Performance Friction, K-Sport and StopTech - to compare head-to-head.

As a test subject, the magazine chose a modified BMW M3 that was put through a series of identical tests with each BBK to determine which brake system gave the best overall performance when judged on objective and subjective criteria. The judges looked at braking distances, fade and feel among other things.

As a benchmark, AutoBild used the BMW factory "M" brakes that come stock on the car. Not surprisingly, all of the aftermarket brakes scored much better than the BMW units, except one. The Brembo system finished just behind the BMW brakes, with what the judges felt was a combination of poor performance and poor feel. At the other end of the finishing order, StopTech was named the overall winner, after scoring a perfect 5 out of 5 in every single category!

"No weaknesses came to light during the installation," according to the editors. "On the contrary - the caliper features a cover that can be opened for the easy removal of brake pads."

Other areas of praise were the system's lower weight, shorter stopping distances and fade-free performance - not to mention the lower price compared to the Brembo and PFC systems. You can read the whole English translation of the article here. 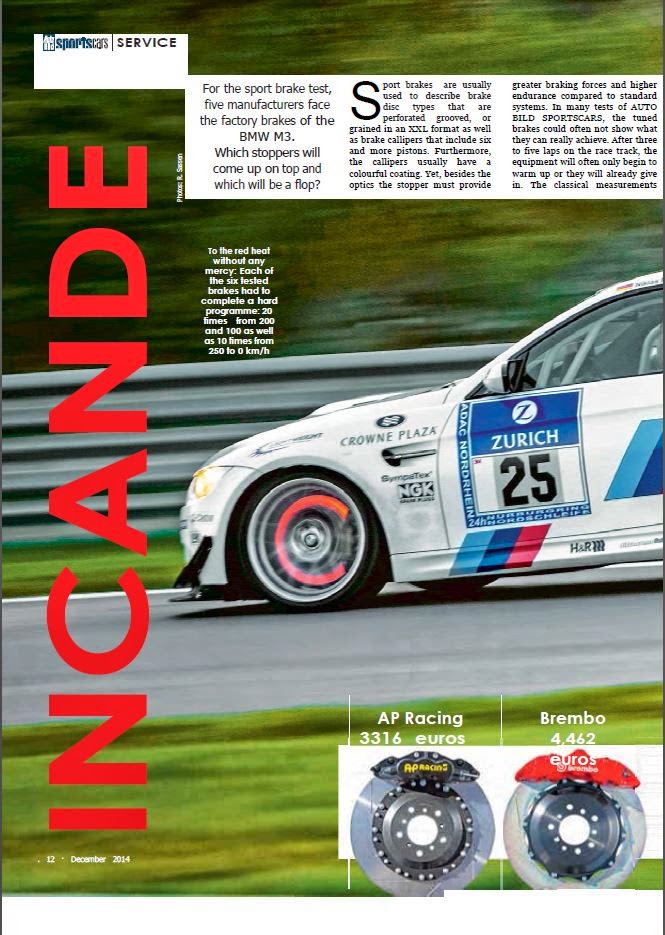 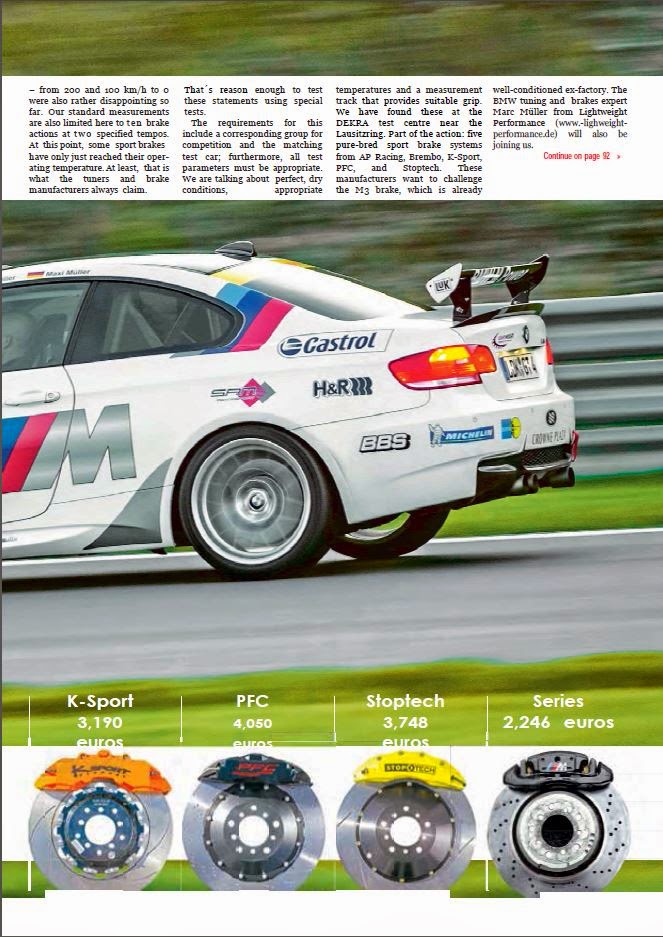 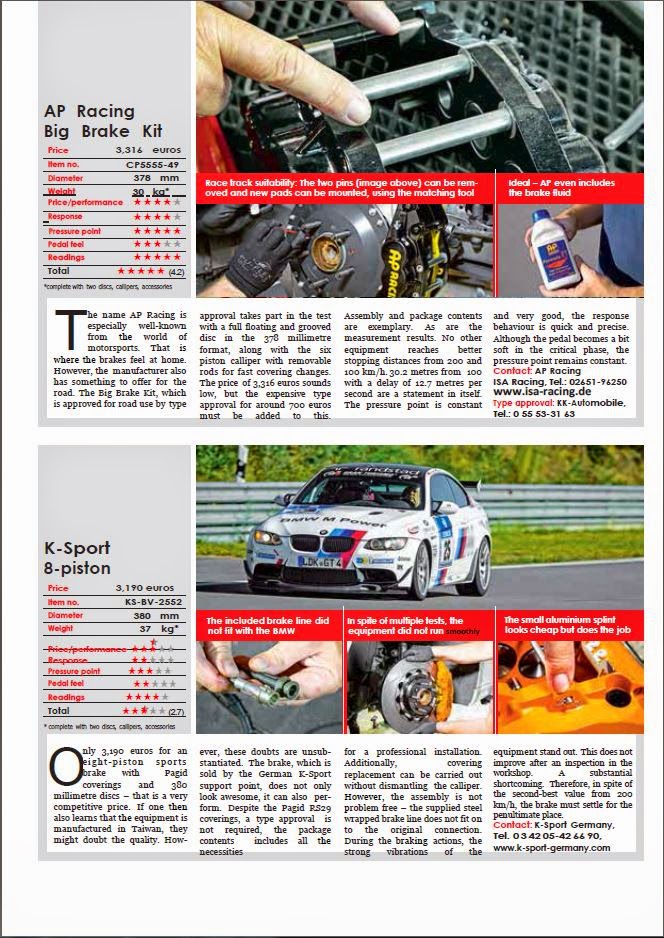 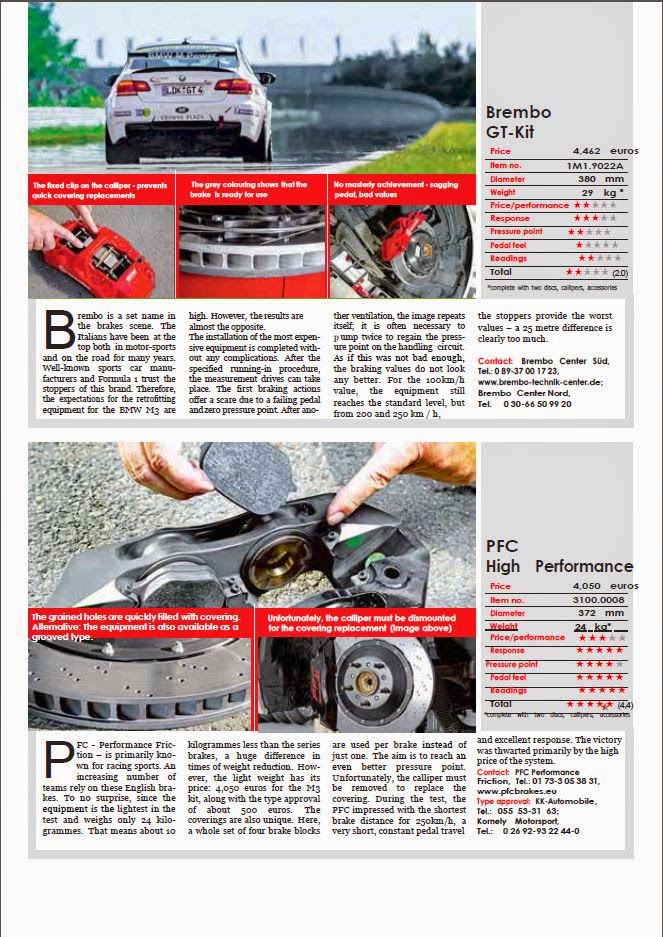 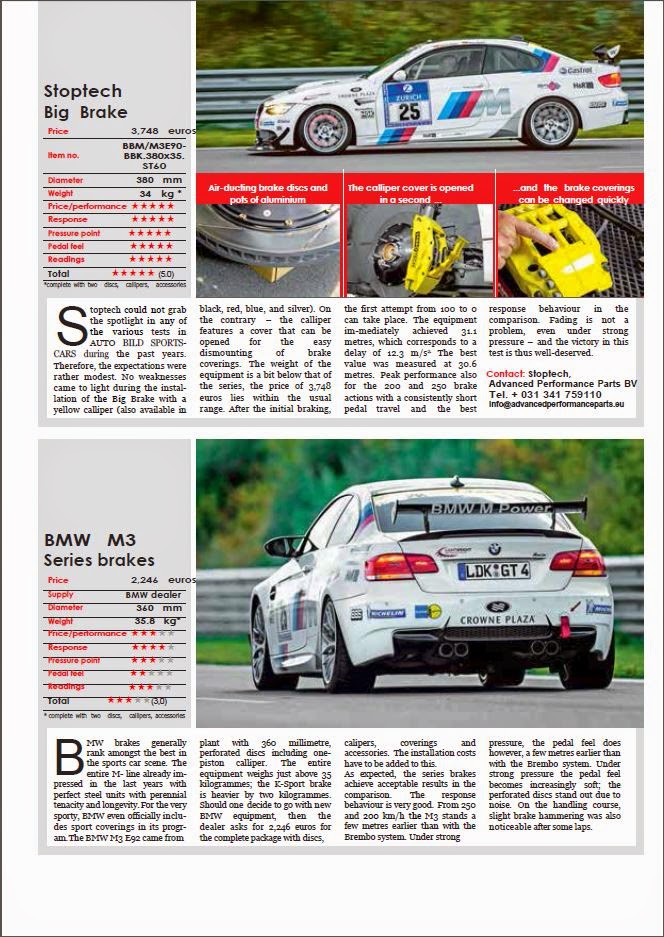 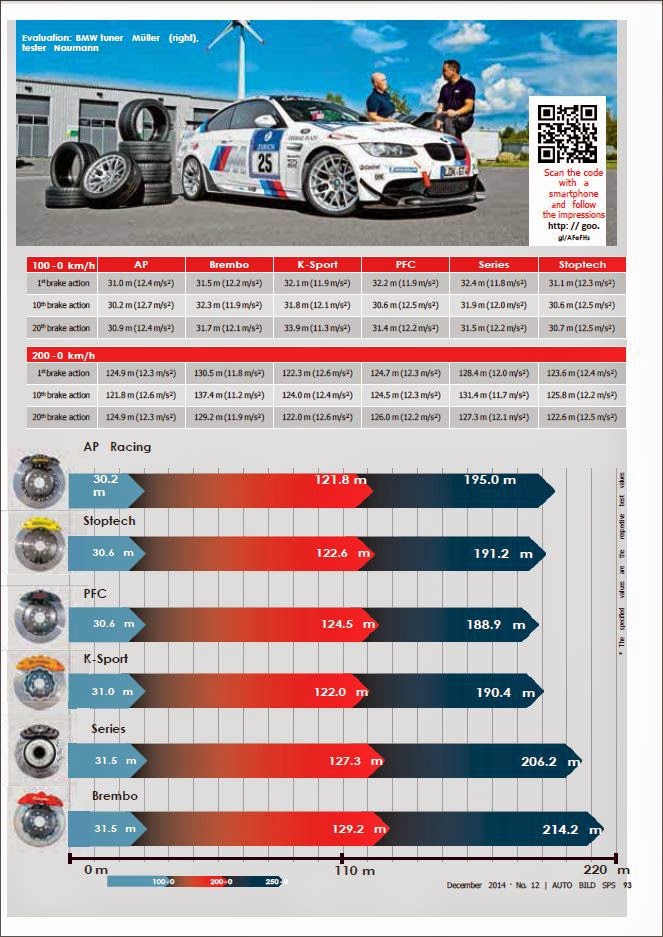 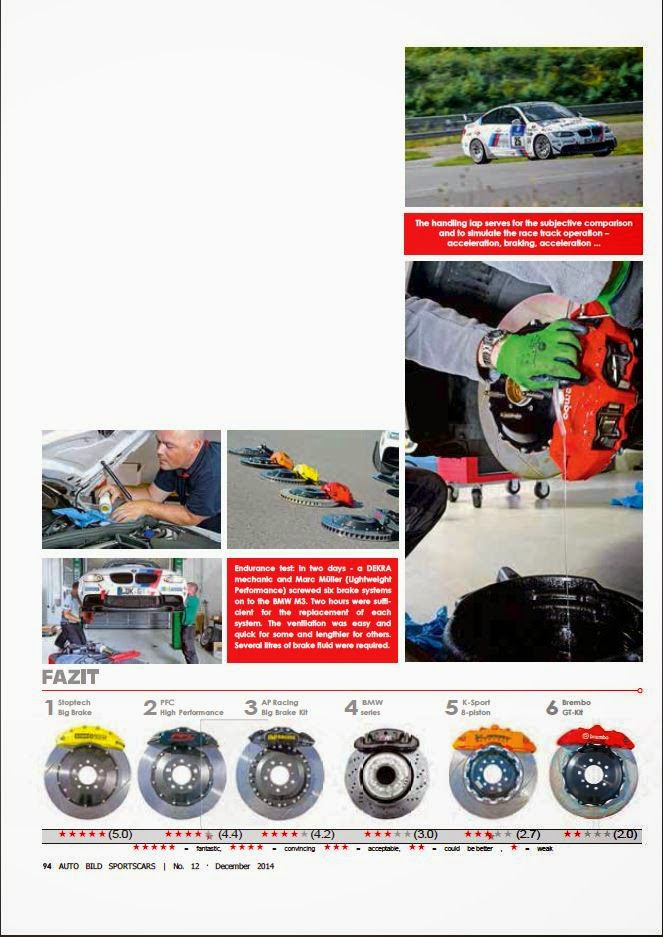 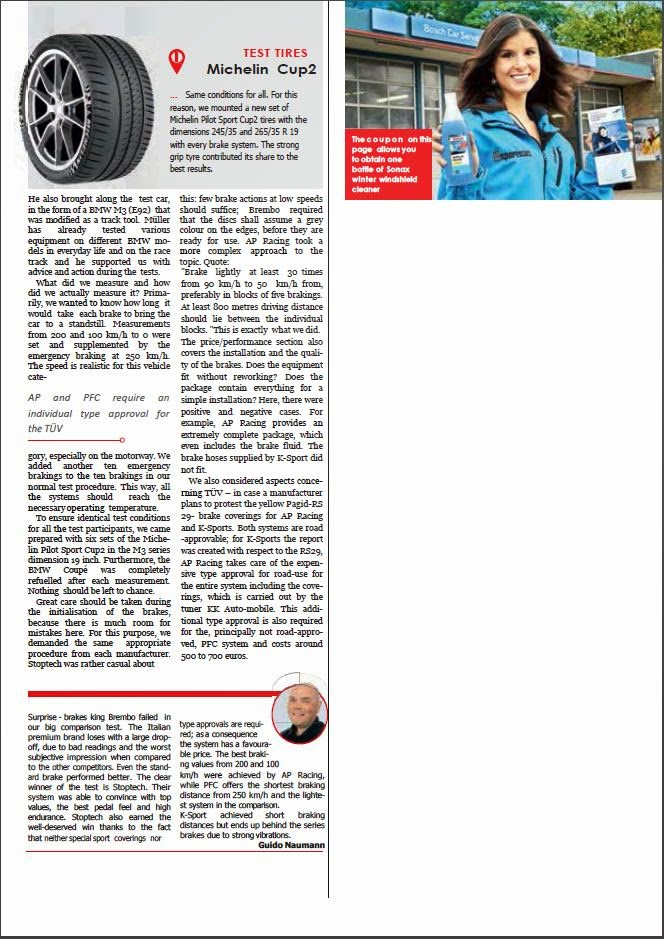