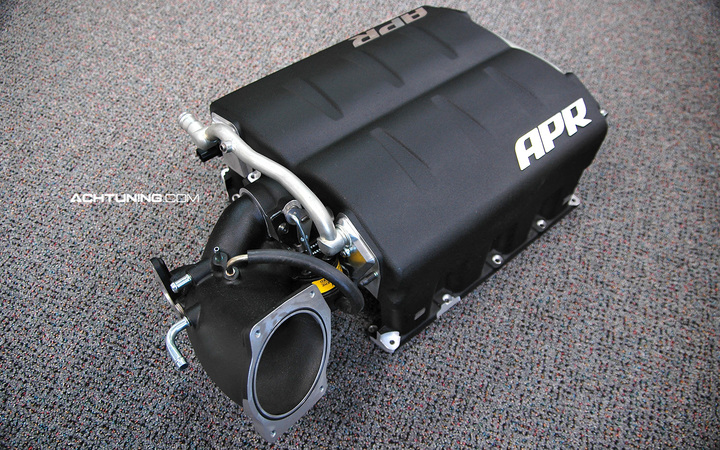 Karl already brought us his Audi (B7) RS4 once to have an APR "Stage 3" supercharger kit installed. But when APR recently released their new "Stage 3+" kit featuring a bigger (Eaton TVS1740) blower, Karl had to have it! So, back "under the knife" his RS4 went for yet another heart transplant as we pulled out the not-even-year-old "Stage 3" (Eaton TVS1320) supercharger, transforming this car again but from monster to BEAST!

The APR Stage III+ TVS1740 Supercharger System fills the void by adding an average of roughly 40% more horsepower and torque across the entire power band. The results are nothing short of amazing; taking the RS4 from 414 horsepower stock to 626 horsepower on pump fuel and 688 on race fuel without breaking a sweat! With more than 500 FT-LBS on tap thanks to the TVS1740’s positive displacement supercharger expect instant acceleration with absolutely no lag commonly associated with other forms of forced induction.

To better handle this new found power we looked to Southbend Performance who sent us a "Stage 3 Endurance" kit from their DXD Racing Clutch product line, rated to handle torque levels upwards of 665 ft/lb. And since Karl is consistently putting his RS4 through its paces on the track, new SPC X-Axis adjustable control arms were installed to help remove any deflection and movement within the control arms. 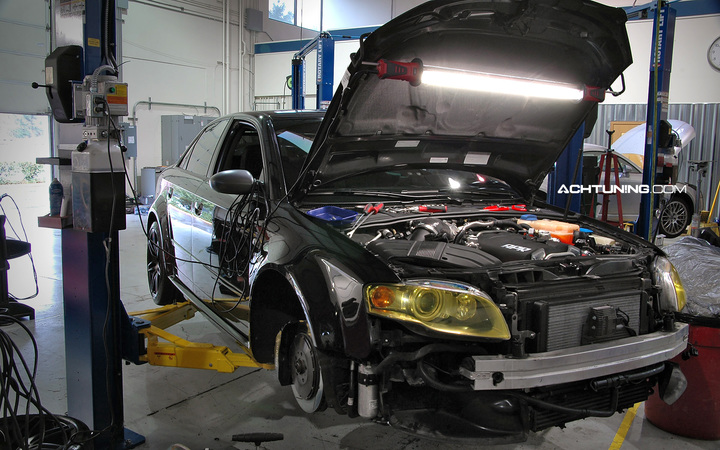 Fulfilling both daily driving as well as weekend track duties for Karl, it was important to maintain reliability and drive-ability. We have no doubt this RS4 will perform and exceed Karl's expectations. APR is consistent by providing the best of both worlds offering quality and performance without compromise. When you're ready to take your Audi RS4 to that next level, don't hesitate to bring it to Achtuning - your Pacific Northwest #1 resource for all things APR!!