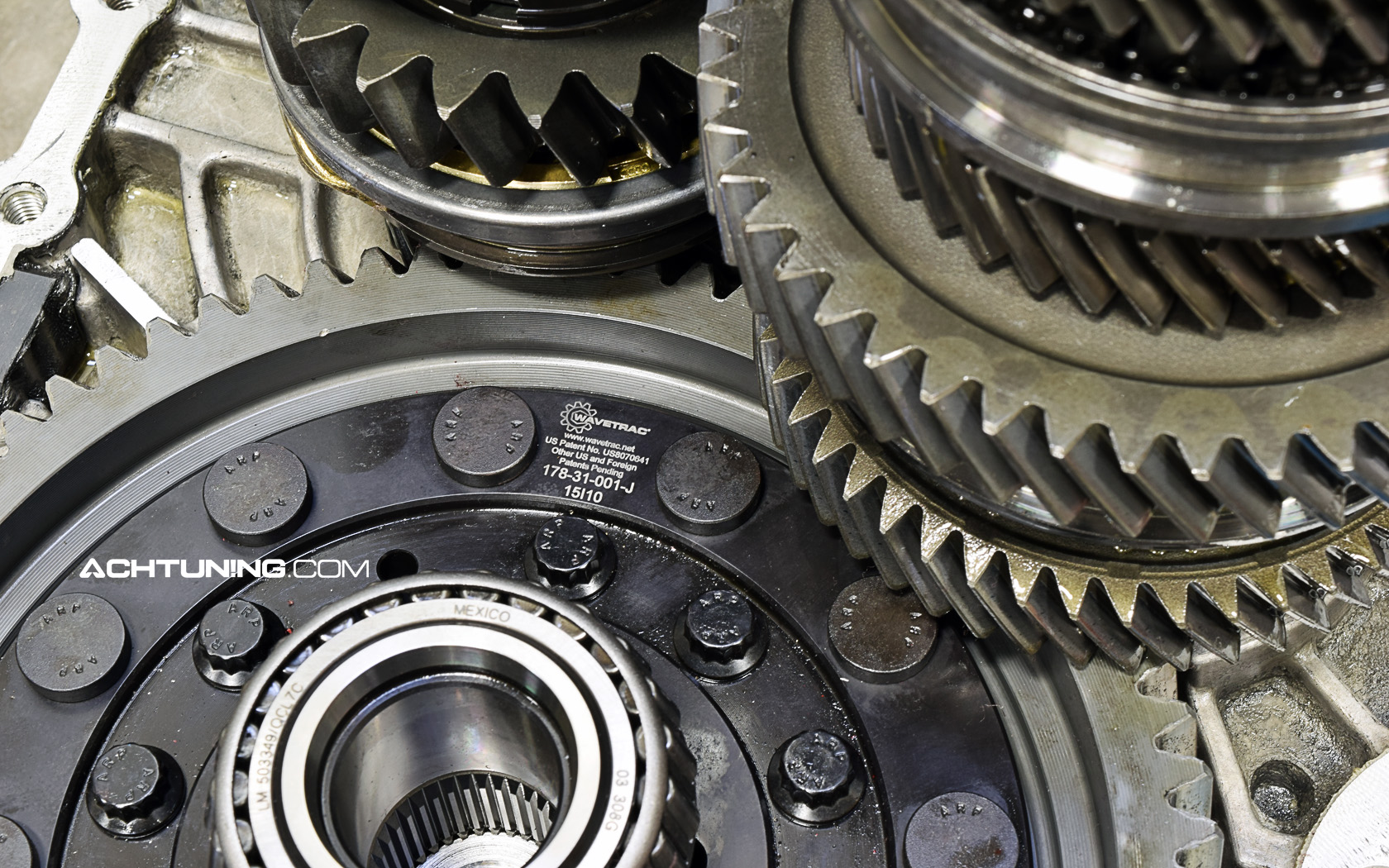 One of the known shortcomings of a typical torque biasing differential is its loss of drive (behaving much like an open diff) under zero or near-zero torque conditions (for example, when there is 'no-load' applied through the drive-train, either at vehicle stationary and/or transition from engine driving vehicle to engine braking and back).

The Wavetrac® differential uses a patent pending design to improve grip in low traction conditions. Precisely engineered, converging / diverging wave profiles are placed on one side gear and its mating preload hub. As the two side gears rotate relative to each other, each wave surface climbs the other, causing them to move apart. This imparts an increased normal force through the side gears, increasing the bias ratio as a function of load. This increase occurs automatically only when conditions find it necessary, and it 'reverts' back to its nominal bias ratio quickly and seamlessly, maintaining optimal drive-ability and performance at all times. It's like having two differentials in one: you get the benefit of a higher bias ratio when needed without detriment to the car's handling.

Here's something else you won't find in any other design:

The Wavetrac® diff's behavior can be altered in the field to suit your needs. It comes standard with carbon-fiber bias plates for the best all around performance. Interchangeable plates using materials with different friction coefficients to fine-tune the bias ratio are sold separately.

Designed from a clean sheet, the new Wavetrac® Differential brings current gear technology to the market. Internally, its gear tooth forms are optimized for strength and improved oil film retention over competitive designs. Our gear package is smaller, reducing overall mass, yet is more durable. Attention was also paid to the side gear/axle interface, putting as much material thickness as possible in this critical area - most important when power levels get high.

Each Wavetrac® Differential is crafted from the highest quality materials available. The internal gears are made from high strength 9310 alloy steel. The diff bodies are machined from case hardened steel billet. To complete the package, every Wavetrac® differential is built exclusively using high quality, high strength fasteners from ARP®, the world leader in fastener technology.